Battlefield: Bad Company 2™ brings the award-winning Battlefield gameplay to the forefront of PC gaming with best-in-class vehicular combat and unexpected “Battlefield moments.” New vehicles like the ATV and a transport helicopter allow for all-new multiplayer tactics on the Battlefield.

Battlefield: Bad Company developer DICE has explained there's no Bad Company 3 in the works at the moment as it's hard to pin down exactly what people liked about the original two games.DICE boss Karl-Magnus Troedsson told Eurogamer that this naturally caused something of a problem when you want to go and make a sequel, as the last thing you want to do is ruin a franchise and leave swathes of fans disappointed.'We take all this into account when we think about the future, and do franchise strategy,' Troedsson said in response to fans wishing we'd seen Bad Company 3 revealed instead of the upcoming Battlefield Hardline. 'But there's one thing that lingers with Bad Company that we've been asking ourselves: what is it that the people really liked about Bad Company? 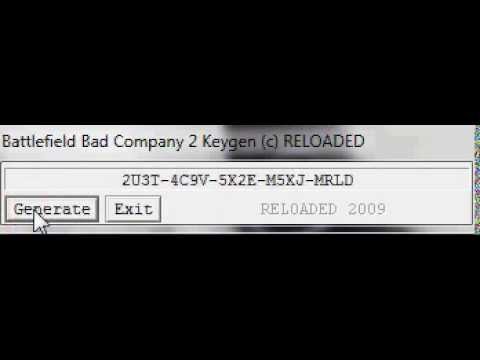 'Some people say they found the multiplayer controls faster and more direct. Some people liked the single-player and the characters and the humour. People love different things about it. It's starting to almost get to that place where, if we were to make a sequel to Bad Company, what would than even imply?

'It's scary to go back and try to remake an old fan favourite when actually no-one can really put their finger on what it is people love. Bringing back the characters and creating a great single-player out of that, sure, I can understand that.
'But some people say this: the Bad Company 2 multiplayer is the best you've ever done. Okay, why is that? It's hard for people to articulate what that is, which is actually hard for us. It would be hard to remake something like that. Can we do it? Of course. We have our theories when it comes to the multiplayer.'Around a year ago DICE said that the Bad Company brand wasn't in 'active development', likely for this very reason. Later in the year, it admitted that focus on other projects like Star Wars: Battlefront were getting in the way, a situation unlikely to have been helped by the troubles with Battlefield 4.

So does this mean we'll never see Bad Company 3? 'Well you'll have to wait and see,' was Troedsson's reply. 'The Bad Company sub brand is something we hold very near and dear. We'll take that into account when we think about the future.

'It's never dead. You can always revive it, as with any TV series, movie or IP. It's going to come down to, if people really want it and if a team inside my group really wants to build it, then sure.'

Luke Karmali is IGN's UK News Editor and longtime MMO fan. You too can revel in mediocrity by following him on Twitter.
Top News